On returning from Saudi Arabia Bouchard started to give his work a wider audience by exhibiting in London galleries. In 1981 he held a one-man show at Margaret Fisher's Hampstead gallery. This was followed by exhibitions at the Patrick Seale Gallery, a sale to the Mathaf Gallery, and exhibiting with Adrian Mibus of Whitford and Hughes at Olympia's International Contemporary Art Fair in 1990 and 1991. In the same years he also took part in the 20th Century British Art Fair. Notable exhibitions in Paris have included the Salon de Comparisons in 1976 and the Société Nationale des Beaux Arts in 1985.

Sketch for the painting of 'L'Artiste Malgré Lui'

When Bouchard's step-father, Sir George Middleton, gave him a copy of Horizon magazine with an article on Magritte it was to sow the seed of surrealism which was to grow into a forest of dreams set in familiar, yet surreal landscapes, planted by a master craftsman. It was Magritte himself who said he was not an artist, but simply a man who communicated his thoughts through painting, as others do in music or words. "They (people) want something secure to hang onto, so they can save themselves from the void. People who look for symbolic meanings fail to grasp the mystery of the image. People are afraid of the mystery," said Magritte.

Surrealism was once described as art which lays before us enigmas without a key, but Bouchard cannot be pigeon-holed as a surrealist, whatever a surrealist is. Bouchard doesn't just provide the key, he leaves the door open. We are invited in but what we do then is up to us. That to me is the sign of a true artist - painting his vision of the truth but not being so presumptuous as to impose it upon us. Allowing the balloon of imagination to ascend and transcend, but keeping the string tied to the real and familiar.

Bouchard himself admits he couldn't trust the thinking behind his paintings. It is only when reading his story, retracing his life's journey through his pictures, that he realized he was telling the truth about himself. Never trust the artist, trust the tale.

Rupert Bates was a freelance writer for both the Daily Telegraph and The Times and was formerly assistant editor of Countryweek. He started his working life at the Newbury Weekly News where he became editor in chief of What House magazine. He played rugby in France for a year where he learnt the language and developed a penchant for fine wines. 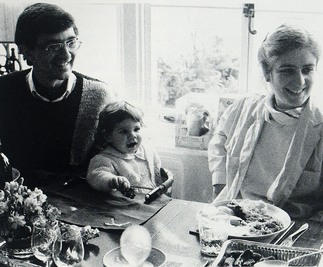 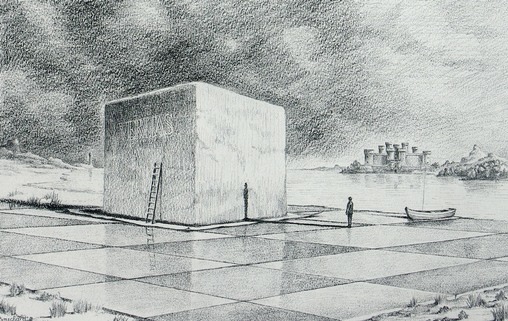 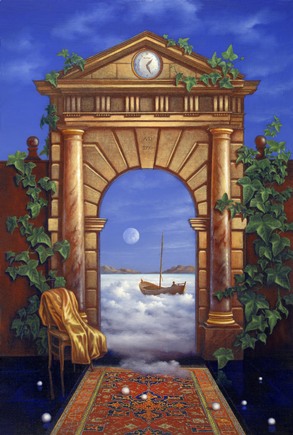