Over the years he has exhibited with various galleries (his first exhibition was in Paris in 1974 at Galerie Art Yomiuri) but most of his work has been for private clients. A notable event in his life was an invitation at the age of twenty six, in 1978, to visit Saudi Arabia in order to paint pictures for a Saudi patron. Philip spent two years living in Riyadh. It was there that he began to appreciate the beauty of skies, watching sunsets from the roof of his patron’s house in the evenings and enjoying the stillness and peaceful silence of the moment. Those, really, were the first moments for learning to look at skies. 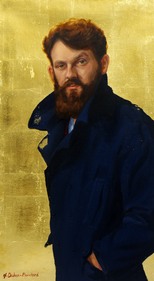 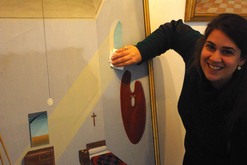 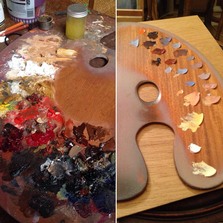 Harriet cleaning one of her father’s old paintings

Philip is a self-taught artist who is best known for his surreal paintings. He lives in Bath and also at Downside School where his wife, also an artist, is a resident House Mistress who was also Head of Art at the school for quite a few years. His daughter, four years ago, returned from Florence where she has just completed three years training in portraiture at the prestigious Charles Cecil Studios. 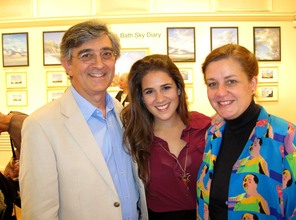 He continues to ‘think in surreal terms’ and there is not a day that goes by when some surreal image will not slip - even if it’s just sideways -… into his mind.

The work now is, effectively, a continuation of what he has always done: to look at the world and marvel.

At the same time he will be looking up at the sky for his daily moment of inspiration. 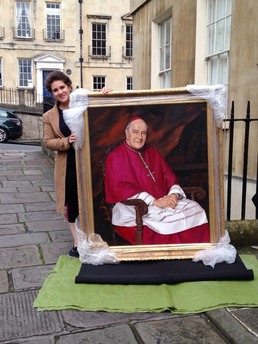 To see more of Harriet Bouchard’s work please use the link: www.harrietdahanbouchard.co.uk