It was D.H. Lawrence who said never trust the artist, trust the tale. For 20 odd years Anglo-French surrealist painter Philip Bouchard has doubted his own motives, examined his beliefs, searched for the truth behind his remarkable pictures, and even questioned his very right to paint them. Yet all the time the answers - la Condition Humaine, an Ace of Hearts impaled on a pencil, the classical symmetry of Palladian architecture, a desert journey - were there in the mirror of his canvas. Bouchard's honesty in tableau is both brutal and beautiful and at times frightens him. This extraordinary painter is a surreal draughtsman, with an eye for both the pragmatic and the absurd. Put him on the psychiatrist's couch and the initial prognosis would be "one mixed up kid". But turn to his pictures, note the form and order which frames the work. Bouchard can understand the frustrated artist slashing his own canvas, but he would prefer to paint the slash, not slash the painting. 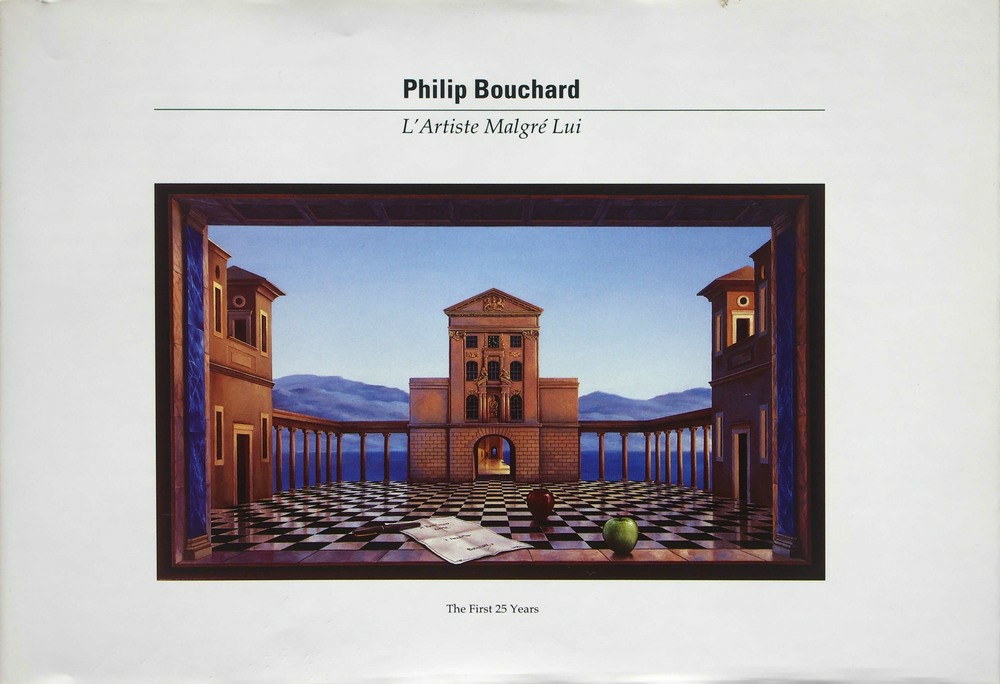 L'Artiste Malgré Lui is an apt title indeed. Bouchard, a bubbly breathless man who switches tempo with the frequency and allure of a Mozart symphony, could be an off-beat forty something bank manager.

"Through sociological conditioning I assumed I was painting for a bit of fun. But looking back I found I was actually saying things. Even if you lie on canvas you are still telling the truth about yourself," says Bouchard.

Every artist embarks on a personal voyage of discovery, but Bouchard's odyssey is unique not because it was an especially turbulent or bizarre journey but because it happened at all. Bouchard was not a child prodigy with a flair for art and a string of scholarships. The image of the artist appalled him and he seemed quite content to carve a staid existence in business until this gift arrived overnight while Bouchard was studying modern languages at London University. 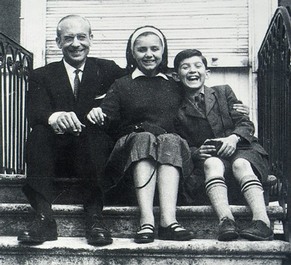 Bouchard in his studio (1974) Photograph by Dorothea Shertl

Bouchard on Holiday in Bordeaux aged 9 with father & sister Patricia

"What scared me was that I had no art training. It just fell from the sky. I was frightened that this talent would go just as fast as it came. One day I wasn't painting, the next day I was. That worried me."

The most remarkable aspect of Bouchard's ability with the brush is his eye for perspective, depth and symmetry. Chess squares, pantheon pillars and a polished arches bestride his magical world. Imagination and mystery can strike at any time but his technical, constructive ability would normally stem from years of training and practice, in the manner of the old masters who created the great alterpieces only after years of apprenticeship. He has worked hard on his technique. 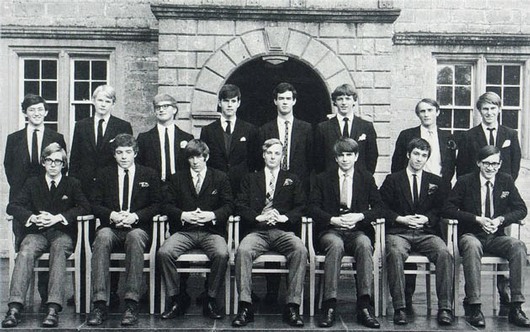 He takes scribbled notes of his paintings. His initial sketches look like a trigonometry student's exercise book. He needs to refer back lest he goes away on holiday and returns to find he has forgotten how to paint, yet alone what to paint. It is not just the artist's muse he is afraid of loosing, it's the basic formula.

Bouchard's first canvas 'The Family Reunion', which was commended in the 1971 International Amateur Art exhibition, is framed around four balloons sitting at a table. Behind the open dining room door Bouchard has painted a brick wall. Not profoundly significant but simply because, technically, he felt he couldn't paint the scene through the door. Similarly the painting hanging on the wall is blacked out because he didn't feel able to paint a family portrait into the empty picture frame.

"Everything I have done is the result of what I couldn't do.... I like to paint images that people understand. A door is a door, not a marshmallow".

In the formative years of his painting Bouchard used to correct those who called him an artist. 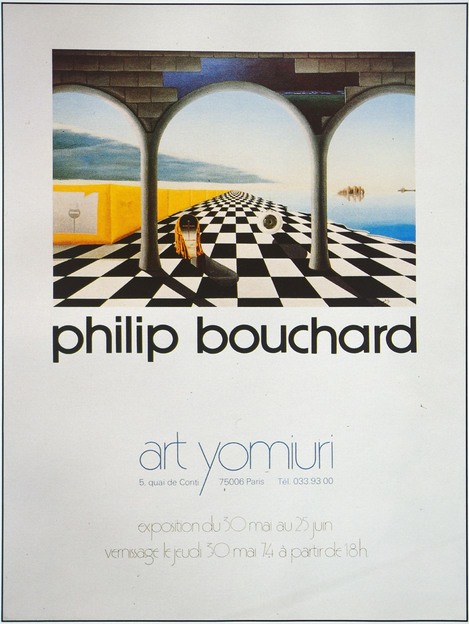 "I argued that I was just a painter. An artist to me implies some sort of philosophical undercurrent, with the art emerging from the thinking. But perhaps after all I am an artist."

Bouchard once tried to ridicule the concept of art as a proclamatory truth or the decoder of hidden meanings, painting a picture which he cheekily entitled 'The Psychological Truth about a Vegetarian Truffle'. He wanted to show how the artist, under commercial pressure, can cheat.

"Looking back it was all more serious than I thought. It seemed that in a way each painting forms part of a sentence and suddenly you've made a statement". 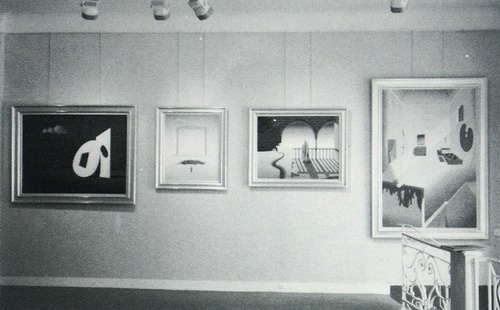 A number of years ago, a great friend of mine called Marc Burca took it upon himself to have a book - L’Artiste Malgré Lui - published that would catalogue a selection of my work from the first twenty five years of my career. He arranged for writer Rupert Bates to come to my home in North London to do an interview so as to get the basis for an introduction to the book. Now, twenty years on, the Introduction seems to be just as relevant today as it was then, so it is being included below: